In Egypt found the Book of the Two Ways, the oldest illustrated text in the world

In Egypt found the Book of the Two Ways, the oldest illustrated text in the world Illustrated books always express a certain charm and every self-respecting bookshop should have a good selection. But this is a bit difficult to find in stores, as well as to browse. In Egypt, the oldest copy of what is considered the first illustrated text in the world has been discovered: an edition of the Book of the Two Ways dating back 4 thousand years ago. The discovery was first published in the Journal of Egyptian Archeology, as early as September, in an article by Harco Willems, a professor at the University of Leuven in Belgium and one of the leading experts on the Sarcophagus Texts.

It is a sort of precursor of the corpus of funeral texts collected in the famous Book of the Dead, in short, a guide for the dear extinct who described the two paths bristling with obstacles, one by land and the other by water, which the soul he could undertake to land in the presence of Osiris, ruler and supreme judge of the kingdom of the dead.

Clearly it is not a book as we are used to leafing through, since these texts were engraved on the wooden walls of the sarcophagi. Of course, since they had to be read by the deceased during the dangerous journey to the underworld, during which they could be assaulted by all sorts of demons. Not to mention burning flames and rather jealous keepers. In short, a cross between adventure story and ritual magic formula.

Although in the inscriptions reference is made to a governor named Djehutynakht, Willems’ research revealed that the coffin originally contained the remains of a woman named Ankh, referred to throughout the text as “he” and related to a senior official from the province . Again, nothing strange, since often the dead were called with masculine pronouns, to look more like Osiris. 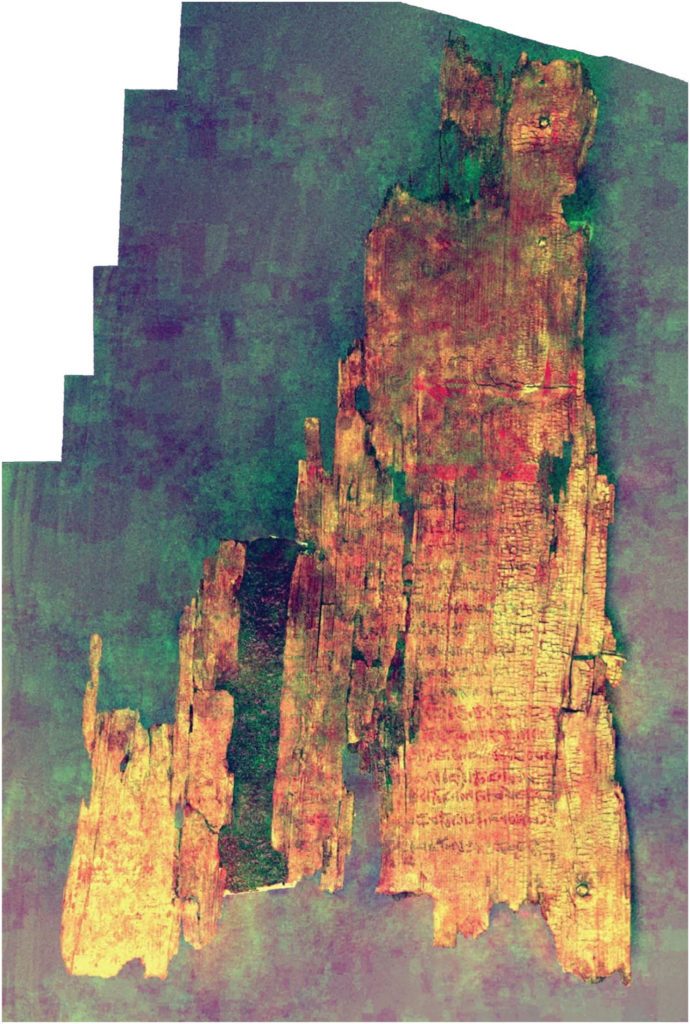 Since 2001, Willems has overseen the excavations in the Coptic necropolis of Dayr al-Barshā, used as a cemetery during the Middle Kingdom period, from 2055 to 1650 BC. about. The ancient fragments of the sarcophagus have been found inside a long well, in the tomb of an ancient Egyptian provincial governor named Ahanakhtin as early as 2012. But the fragile state of the artifacts, looted repeatedly over the millennia and attacked by degrading fungi of wood, has prevented scholars from carrying out research and checks, at least until now. The images found on two cedar panels, in fact, were processed with DStretch, a powerful software capable of returning high-definition images, they revealed precious engravings with figures and hieroglyphics, despite the signs being mostly faded with the naked eye.

Based on inscriptions on other tomb artifacts referring to Pharaoh Mentuhotep II, who reigned until 2010 BC, Willems believes that this recently identified Book of the Two Ways is at least four decades older than the other previously known versions of the text and already found in Egypt.